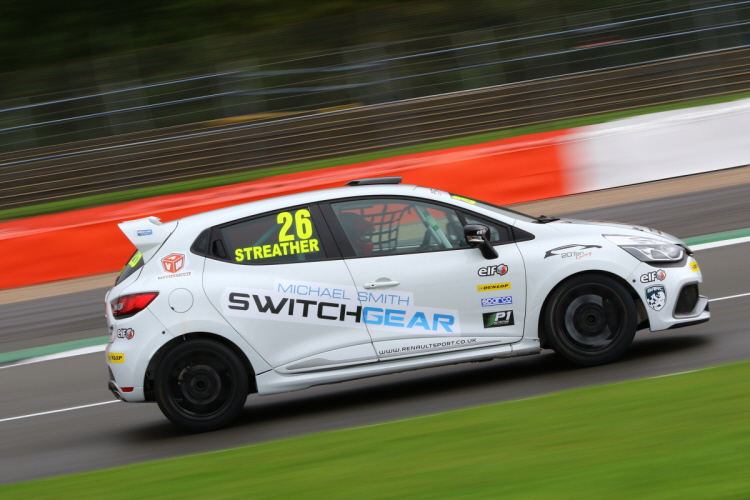 Renault UK Clio Cup team Finesse Motorsport returns to Brands Hatch this coming weekend, the scene of its memorable opening round triumph earlier this year, with a goal of making a long overdue return to the podium during the final two races of the 2016 season.

Off the back of a sensational turnaround a week ago at Silverstone, where Paul Streather battled back brilliantly from a nasty testing accident to post two outstanding ninth place race finishes from the back of the grid in each instance, Wisbech squad Finesse is feeling particularly bullish for Brands.

Rounds 17 and 18 take place on 1st/2nd October at the Kent venue’s full Grand Prix Circuit, a track which holds great memories for Streather. During the corresponding event this time last year, he secured an outstanding second place finish – and almost took a headline grabbing win – on his debut in the Dunlop MSA British Touring Car Championship support series.

On the shorter Indy Circuit configuration at the start of the current season back in April, Streather climbed one step higher on the podium after a fantastic drive under pressure but, since that time, the championship has had more than its fair share of twists, turns and unexpected dramas.

Last weekend’s major excursion in a rain-affected pre-event testing session at Silverstone, which resulted in a written-off car, threatened to keep Streather on the sidelines for the penultimate event of the season.

Thanks to the loan of another Clio from 20Ten Racing, though, and superb preparation work from the Finesse mechanics who readied the replacement car in time for qualifying, Streather underlined his true credentials with remarkable performances in the two races.

Going into the championship finale sixth in the standings, the Leicestershire driver does have an opportunity to potentially end the season as high as fifth in the title race and he’s therefore aiming to chalk-up some heavy points scores a few days from now.

“We definitely want to be back on the podium before the end of the season”, said the Michael Smith Switchgear and AVW Fabrications supported racer, “Our pace at Silverstone, fastest lap in race two, proved we can be right up there if everything goes to plan and we’ve obviously done well at Brands on the GP track and the Indy Circuit so I’m looking forward to being back there.

“Everyone did an incredible job to get me out in the spare car after the accident and it was a good feeling to be able to come through from the back like we did in both races. I want to go out like we started the season at Brands – up on the podium.”

Two test sessions for the Clio Cup will take place on Friday, 30th September, at Brands Hatch Grand Prix Circuit with the final qualifying period of the campaign getting underway at 10.55 on Saturday, 1st October, ahead of round 17 at 14.30. On Sunday, 2nd October, round 18 – which will be screened live on ITV4 and streamed online at www.itv.com/btcc – will begin at 13.30.