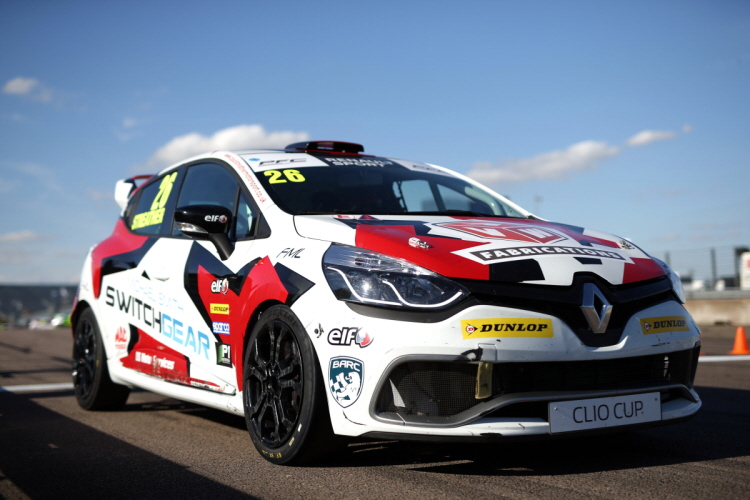 Having made the best possible start to the campaign back in April at Brands Hatch with a stunning opening round victory for series rookie Paul Streather, and coming close to another podium finish next time out at Donington, since that time the team has been plagued by some major misfortune.

The bad luck reached its nadir for Finesse last time out at Rockingham where the entire race weekend was compromised. Starting with a badly misted windscreen for Streather in the first race, resulting in a costly pit stop, in the second contest he was caught-up in the aftermath of an incident not of his making which again spoiled any hopes of a strong finish.

One positive constant throughout the season, though, has been Streather’s racecraft and tenacity as he has battled the odds with some very strong points finishes. To that end, the Hinckley driver has been able to maintain a top six placing in the championship and he intends to make Rockingham a distant memory when the Clio Cup returns to action next weekend.

“Silverstone can’t come soon enough to be honest”, said the Michael Smith Switchgear and AVW Fabrications supported racer, “We want to put Rockingham behind us and get back in the fight for the podium, we know we’ve got the pace to do that it’s just a question of things coming together.

“Unfortunately qualifying hasn’t gone fully to plan over the last few rounds, you need to be on the first two or three rows on the grid really and that’s where we’re aiming to be at Silverstone. I’m definitely looking forward to the race weekend, I know the guys at the team will give me a good car. If everything works out as planned, we should be on for some good results.”

Aside from the round one success at Brands Hatch Indy Circuit, Finesse and Streather have tallied two other top four finishes and four more top six results across the 14 races contested so far this year with four rounds still to go.

For the penultimate event of the season Streather will be joined by British GT Championship regular Jake Giddings, son of Finesse team owner Neil, who will be making only his third ever race outing in a fourth generation Clio Cup car.

Giddings’ 2016 British GT campaign reached it conclusion at Donington Park in Leicestershire this past weekend, so he’s now focusing solely on producing the best performance he can in the Clio despite zero testing in the car since he last piloted it in early June at Oulton Park.

Looking ahead to the weekend, team boss Neil Giddings said: “All of us want to be back on the podium, it’s the target every time we go out on track and that’s no different for Silverstone. Rockingham was a nightmare so we’re determined to put that to bed and get right back in the thick of the action at the front.

“It’s good to have two cars back out again, hopefully Jake can get up to speed pretty quickly and he and Paul can work together with the slipstream in qualifying to get as high up the grid as possible – that’s always a big consideration at Silverstone National.”

Following officially timed pre-event testing on Friday, 16th September, qualifying for rounds 15 and 16 will take place at 11.25 on Saturday, 17th September, with the first race set to begin at 16.30. On Sunday, 18th September, race two will get underway at 13.45 and will be screened live on ITV4 and streamed online at www.itv.com/btcc